During the many, many (shameful) months when we didn’t update this blog, we moved house. With our stream of visitors drying up, we didn’t need such a big place, and when Nathan submitted this poem to Hanoi’s haiku project, we knew it was time to find a quieter spot.

It is a first-floor apartment, in a small block of only three apartments. When you walk in the door, you arrive in our bedroom, which doesn’t feel as strange as I thought it would. 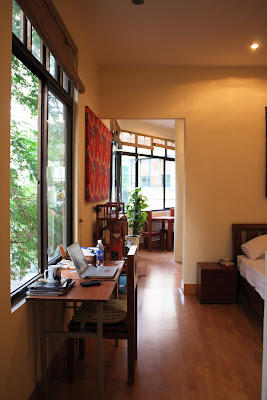 Maybe the upside of living in that nine-square-metre roomette in Paris is that every subsequent apartment seems spacious.

In our bedroom, there is a little desk: 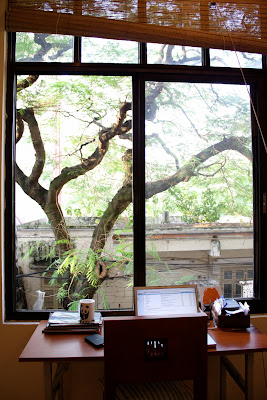 I haven’t had a desk in my house since I finished university, not thinking I needed one. But to sit at your desk and write an email, well, it instantly becomes a more important email than you’d write sitting on the couch. You can even be watching pug videos on YouTube, but if you’re at your desk, believe me, it feels significant.

If you don’t have a desk, you should get one.

The window looks out onto a beautiful tree, which according to conflicting sources, will get either red or yellow flowers in either Spring or Summer. I once saw a man break off a fist-full of leaves and eat them on the spot, so whatever kind of tree it is, it’s delicious. It is also the current home of some rare and endangered Vietnamese wildlife: 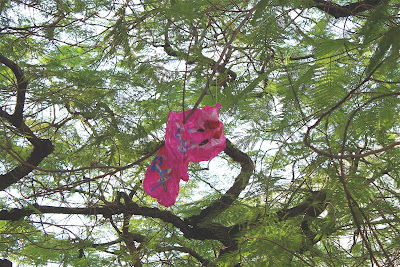 This is the kitchen/living/dining room/only other room: 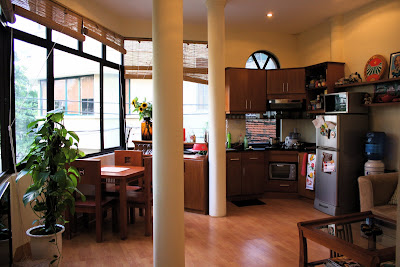 As you can see, it has columns. If your house doesn’t have columns, you should get some.

It also has a television: 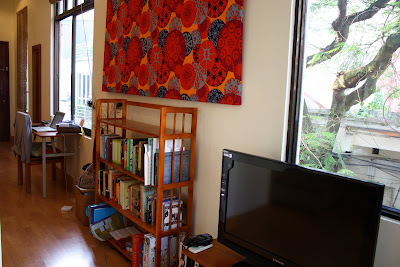 For two people who have claimed not to need a television for the last few years, Nathan and I certainly seem to enjoy having one now.

When you don’t have a television, all your guests will observe this absence and spontaneously start talking about how they don’t really need a TV either because they barely watch it at all. Any vegetarian will be familiar with a similar phenomenon, where meat-eaters, upon learning of your dietary preferences, will – unprompted – start telling you how they’re practically vegetarian themselves. So, you’ll be pleased to know, we’ve swapped being holier than thou with watching pirated DVDs of B-grade movies.

This is our table: 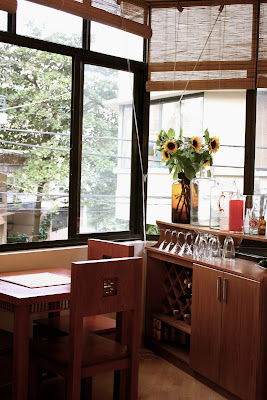 At night, we can watch the rats doing acrobatics on the electricity wires while we eat our dinner. Bet you can't do that.

And this completes the 360 degree view of the room: 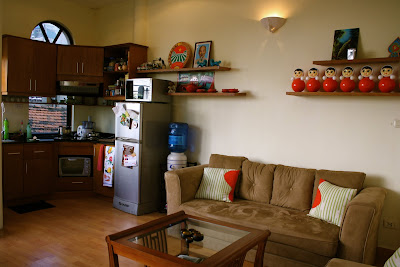 On the shelf is our new collection of “lật đật” or roly poly dolls: 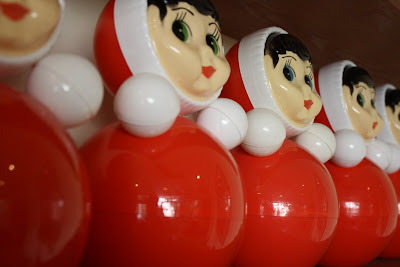 These Russian dolls were the hot-ticket kids’ toy in Vietnam before the country opened up to the west. They’re now only sold as nostalgic collectors’ items.

There are also some familiar faces our guests will recognize from the old place: 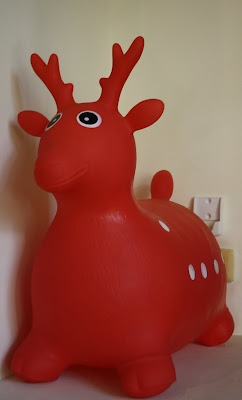 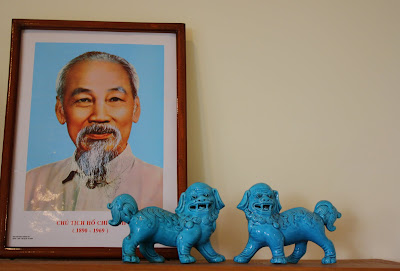 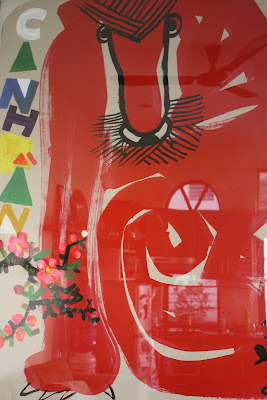 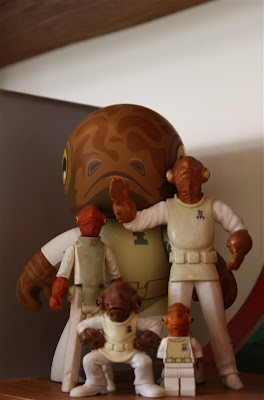 Maybe it’s just in comparison to our old place on Quan Su - which we began to loathe by the end, as one does when you’re moving out – but I really love this place in a way I’ve never loved a house before. It feels like it’s ours; that we have created a little haven for ourselves in a city where we don’t really belong.

And you can come visit our little sanctuary any time.
Posted by Tabitha at 17:28