You're The Voice (can't understand it)

The name of this blog is not just an hilarious play on words that Nathan came up with, it’s for real. Hanoi is a city of early risers (and grumpy, sleep-deprived foreigners).

There are many things that can lead to you never sleeping in. Surprisingly, it's not usually the rumble of motorbikes, which becomes background white noise after a while. Kind of like the restful sound of the ocean. Yes, and the honking just becomes the sound of dolphins playing in the waves. 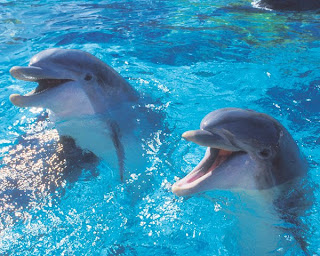 Instead, it's likely to be neighbourhood roosters crowing, or a cháo seller loudly spruiking their fish porridge, or construction workers getting started before the heat of the day, or the tinny tones of the "Lambada", which is oddly used as the warning sound of reversing trucks here (oh, will I ever get a lifetime of amusement out of Nathan - whose youth somehow skipped the "Lambada" completely - trying to tell me that the song was "a traditional Chinese tune"). Or it could be something worse: seeking peace and quiet one of our friends moved to Tay Ho, the leafy North Shore of Hanoi, only to be woken most mornings by the sound of a pig being slaughtered. They don't go quietly.

Nathan and I, however, are tormented by only one sound: The Voice. 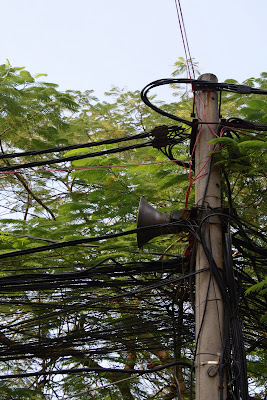 The Voice starts at 7:30am, Mondays to Saturdays, and goes for half an hour, announcing community news. She BOOMS throughout the island via a series of strategically-placed loudspeakers, her words bouncing off the buildings at such a bone-rattling volume that it seems she is actually inside your house. With a megaphone.

Hanoi is filled with these loudspeakers, and each neighbourhood has their own announcer and their own tailored community messages. The Voice isn't piped from some central headquarters; she's somewhere on this very island, BOOMING live every morning. Every now and then The Voice isn't there (oh happy day!), meaning, I guess, that she had something else on, or she wanted a lie-in.

On our old street, Quan Su, it wasn't so much about The Voice as The Song. In that neighbourhood they favoured a rousing Vietnamese tune every morning to begin their broadcast. It would be the same song, played every day over a period of several months before being changed for a new song. At one point I was convinced the words to The Song, a particularly jaunty number, were "A hotpot in my car" repeated over and over again.

For example, last weekend a series of dirt piles mysteriously appeared in our street. 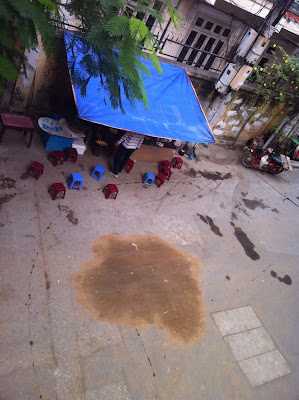 No doubt The Voice had been foretelling the appearance of the dirt piles all week, but to us it was yet another bewildering occurrence in our constantly bewildering lives. So, unfortunately, the way we discovered their use was this: We went to bed at 4am on Saturday night, after Nathan's birthday party (which was a great success, not only evidenced by our late bedtime but by the receipt of a text message from our landlord saying he was worried the number of party guests would cause the building to collapse), and were woken four hours later by what sounded like a pub during the Melbourne Cup. 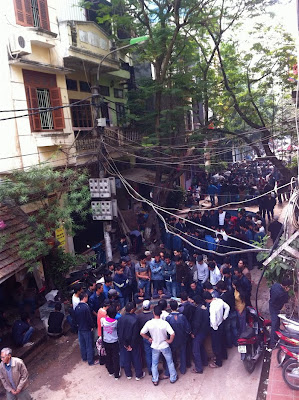 That is the view from our kitchen window. It lasted for three days.

Now, I am no fan of cockfighting, but one of the greatest things about living here is that it's always surprising. Our natural state is one of utter bafflement. We receive a flyer under our door and I'll ponder it intensely - "What is this for? What does it mean?" - or we'll notice that one day paper horses are inexplicably being burnt on every street corner, or we'll be cycling home after dinner one night and see this: 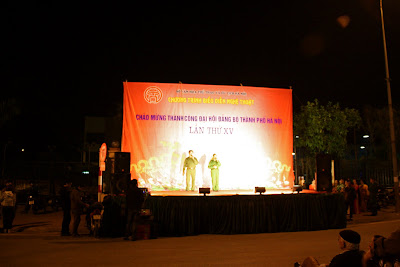 Two guys performing on a stage, erected on a busy road, with an old man in a beret watching on intently from a plastic chair, while the rest of the audience is just motorbikes passing by, stopping for a minute or two.

And that's why I'll curse The Voice every morning (especially Saturdays), but I love her all the same. She reminds me of how little we know, and how many adventures are to come.
Posted by Tabitha at 20:14

Email ThisBlogThis!Share to TwitterShare to FacebookShare to Pinterest
Labels: dolphins, loudspeakers, sleeping in