I'm a fan of the straight-talking business names that prevail in Hanoi. Ones like this: 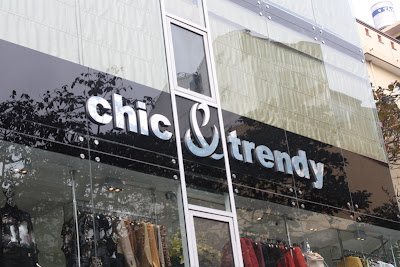 My favourites are the hotel names. There are hundreds of mid-range hotels in Hanoi, which are all pretty much identical. They're all around the same size, they all have clocks behind the reception desk showing the time in London, New York and Tokyo, and they all serve triangles of Laughing Cow cheese with a white bread roll for breakfast.

There's only one way to differentiate yourself in this crowded market: an irresistible adjective. 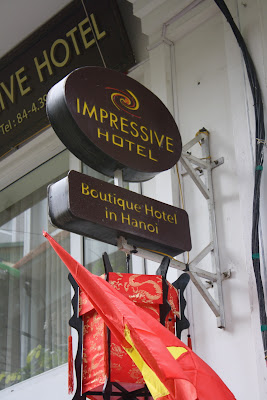 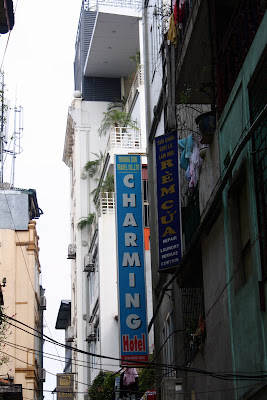 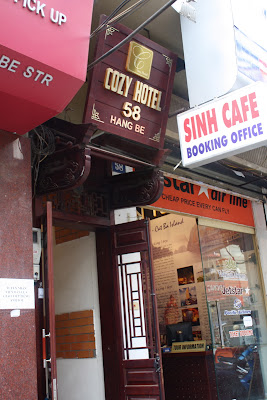 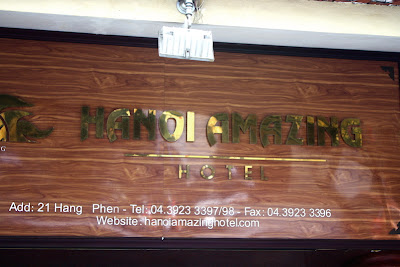 When I was taking that photo outside the HANOI AMAZING HOTEL! the guy from reception came running out to shout "Rooms only ten dollars!". Amazing! I thought. It was almost enough to make me park my bicycle and check right in.

Of course, all of these names lend themselves oh-so-easily to the comedy consequences of the oversell: 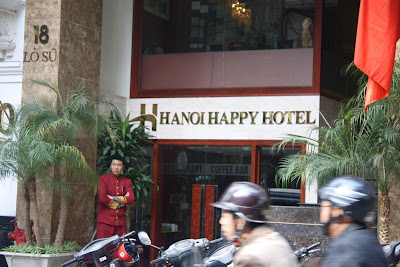 Buck up, buttercup! You're the doorman at the happiest hotel in town!

Similarly, it's not hard to imagine guests of the Impressive Hotel or the Charming Hotel throwing those adjectives around in more ironic tones after they discover that the shower is a hand-held hose above the toilet.

There are, however, some names that you just can't argue with: 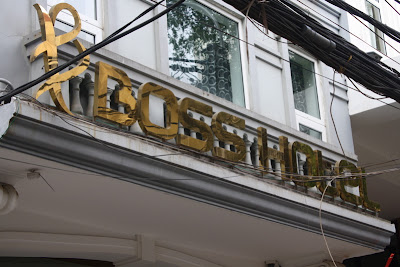 And then you have the ones which kind of cross the line between "oversell" and "fraud": 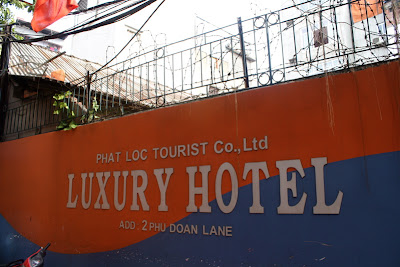 That's some pretty luxurious barbed wire there. I wonder if the room decor was done by these people: 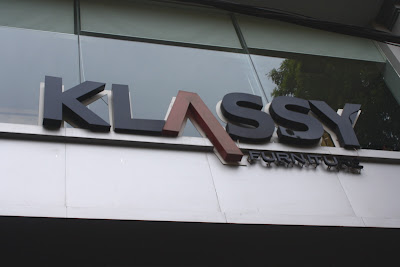 There is also a trend for familial hotel names. So, you get places like this: 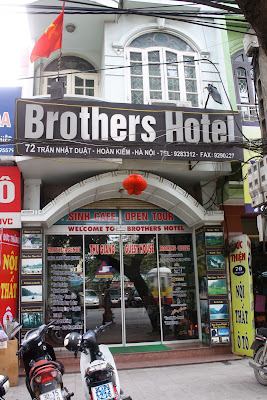 Which is fine. And then you get places like this: 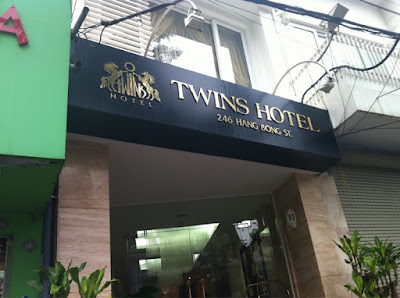 Which is unusual, but also okay (plus their logo is pretty much the most awesome thing ever).

But then you get this: Which is instantly not okay.

I put the Bro & Sis Hotel in the category of "names that may actually be negatively affecting your business", along with: 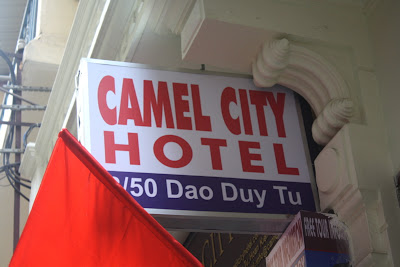 Although maybe they were accidentally delivered the sign for a hotel in Marrakesh. There's now a hotel somewhere in Morocco called the Indochina Lotus.

And no discussion of incongruous business names is complete without this shoe shop, which brings me untold amounts of joy whenever I pass by: 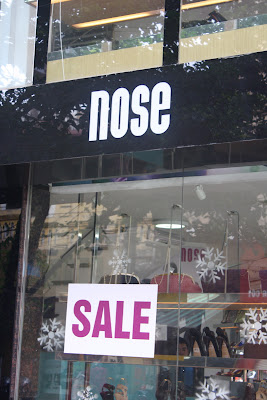 It gets me every time.

The final genre in popular hotel names is the precious gems and metals range: 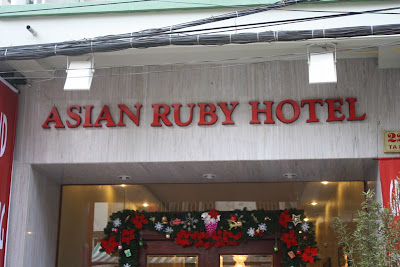 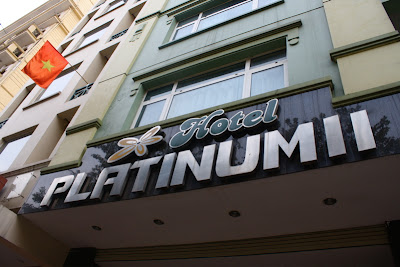 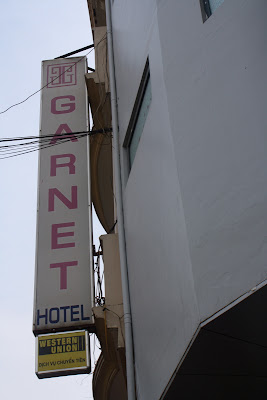 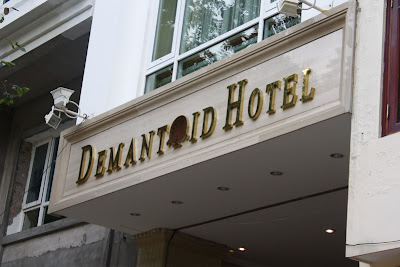 Sure, it sounds like a combination of "demented", "demanding" and "mongoloid" but you can't argue that it's one rare gem.
Posted by Tabitha at 14:35