How I stopped worrying and learned to love the motorbikes

I don’t know anything about motorbikes, and I don’t really like them. I don’t even like to touch them. When my bicycle gets parked in by one, I gingerly prod the offending vehicle, then look around, like a meerkat, for a parking attendant to rescue me.

But since living in Hanoi is like living inside an enormous motorbike swarm, I soon realised that I had to learn to enjoy at least one thing about them. And I did. Their names.

The motorbikes here all have English names, which makes it easier, but sadly, they’re all proper words. You don’t get to see the likes of the Hyundai Terracan, which is my favourite-ever car name, conjuring up, as it does for me, the image of a TERRIFYING TOUCAN.

In the absence of made-up words, the pronunciation can sometimes suffice. I remember the day I found out that the Honda Super Cub was pronounced “Honda Sooper Coob”. It was a great day. Ever since then I have made sure to say it outloud whenever I see one, which is often.

The most common Vietnamese motorbike is the Honda Wave, which is a “splendid mover”: 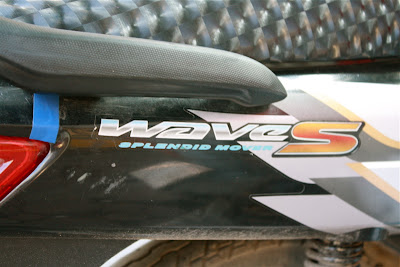 And then there’s its cousin, the Future Neo, which is a “splendid cruiser”. 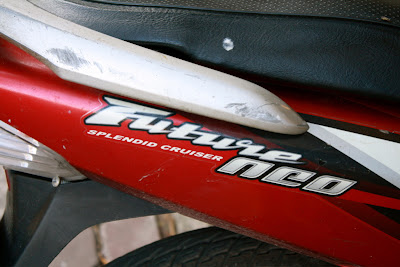 There’s an awful lot of splendour in Hanoi, just thanks to these two models. Jolly good show, you splendid cruisers and movers!

Taking things up a notch, you have the Yamaha Exciter, which is a great name for both a motorbike, and a marital aid. In fact “The Exciter: Splendid Mover” would be a best seller in this category.

My favourite thing about the Exciter is this advertising campaign: 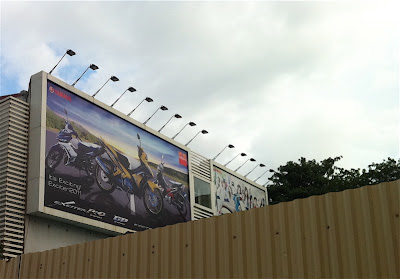 It reads: “It’s exciting! Exciter 2011”. Don Draper himself could not have said it better.

Also sharing its name with an electrical appliance is the Honda Airblade: 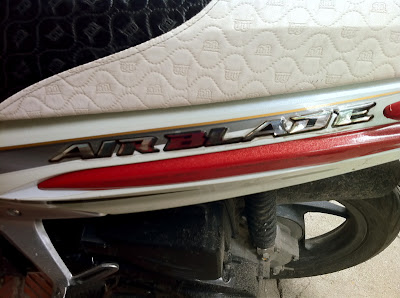 I remember when I first used a Dyson Airblade electric hand-dryer, in the toilets of a hotel in London. It was 2008. July, I think. As I watched the loose skin of my hands tossed about in that hot jet of air like the flapping jowls of a high-speed basset hound, I felt like I was truly alive for the first time.

If riding a Honda Airblade is anything like that, then wow, maybe I don’t hate motorbikes after all.

From my personal scientific research, I would say the second most popular motorbike in Hanoi, after the Wave, is the Dream. Honda has obviously come up against some difficulties with naming subsequent Dream models. I think they should have gone with: Dream, Still Dreamy, Dreamier, Totally Dreamy, and Dreamiest. But they didn’t. They went with: 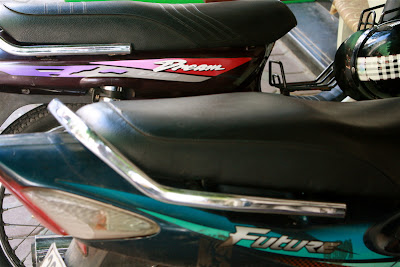 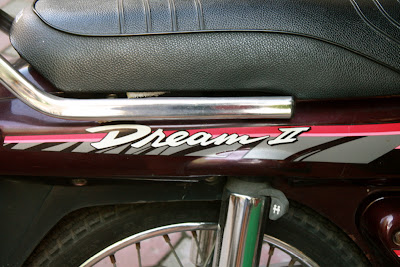 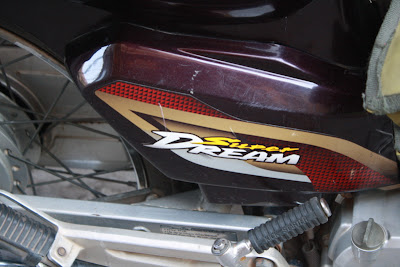 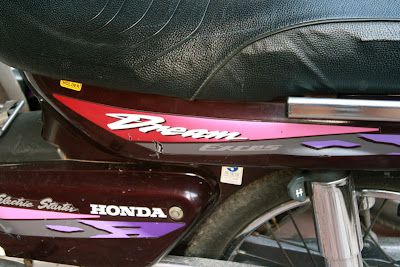 There is a range of motorbikes which, like the Totally Dreamy, is targeted at women and designed specifically to allow for an elegant mount while wearing skin-tight miniskirts and enormous stacked high heels. These bikes have names like this: 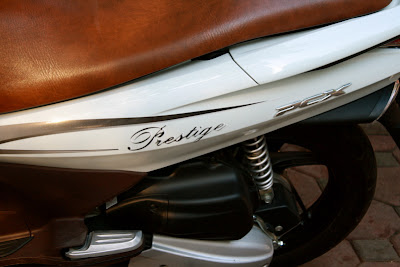 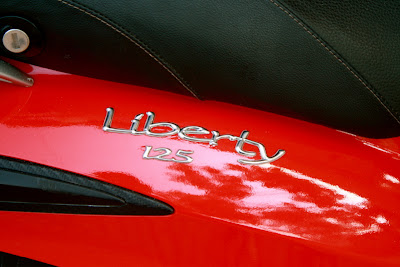 Or, in the case of gender confusion, this: 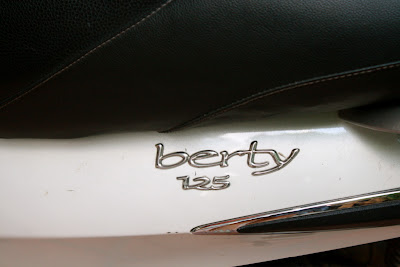 (Doesn’t that just instantly fill you with love for that motorbike? The Berty! Berty and I are just popping into town!)

Strangely, the Elegant is not one of these lady motorbikes: 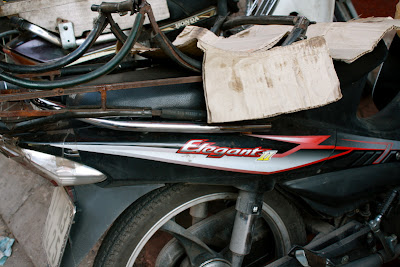 And yet one of the most ladylike of all the lady bikes is the Attila: 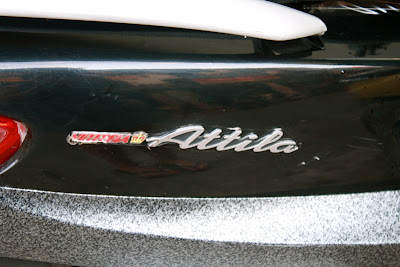 Absolutely the most awesome thing about Vietnamese motorbike names – and the thing which keeps me always scanning the traffic – is that, like everything else in Vietnam, you can get one custom-made.

[EDIT: Since first publishing this post, a few people have mentioned that I'm actually wrong about this. The following bike names are not customised one-offs, they're actually legit model names. Well, they're legit, Chinese rip-off model names. As Nga noted in the comments, this actually makes them EVEN MORE HILARIOUS.]

What would you call your motorbike if you could call it whatever you wanted? If Exciter just wasn’t EXCITING! enough? Maybe you’d start at the top at go with this: 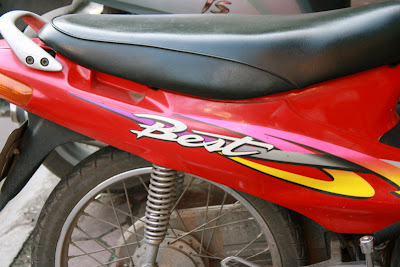 Or maybe you’d start at the bottom, with this: 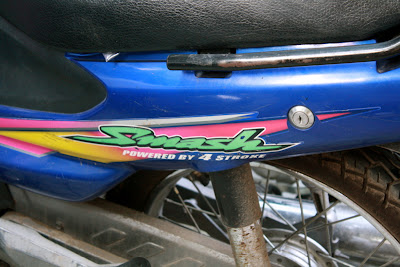 Or maybe, you’d look to the heavens: 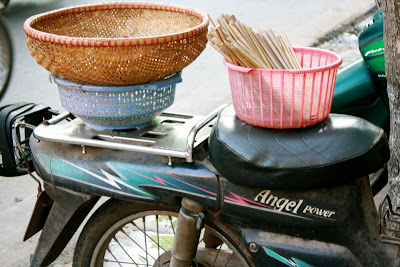 Or maybe, just maybe, for no reason that I can possibly think of at all, you’d go with this: 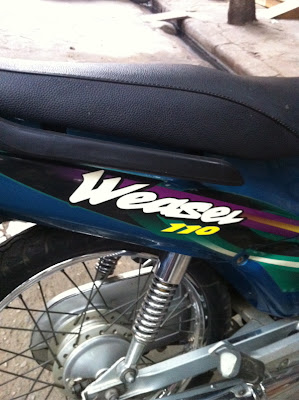 When I saw the Weasel, I thought I had reached the absolute pinnacle of motorbike names. Surely there could be nothing better than having a Weasel (A WEASEL!) as your mode of transport.

But then my friend Ed alerted me to his very own bike, which came already re-named when he acquired it. Behold in all her glory… 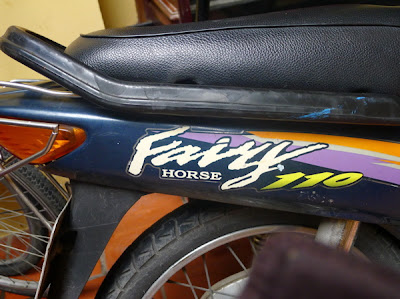 So now, when I’m stuck in a motorbike swarm, breathing in the exhaust and worrying about my toes getting run over, I just pause, and imagine myself in a field of fairy horses, and everything’s okay.
Posted by Tabitha at 14:43